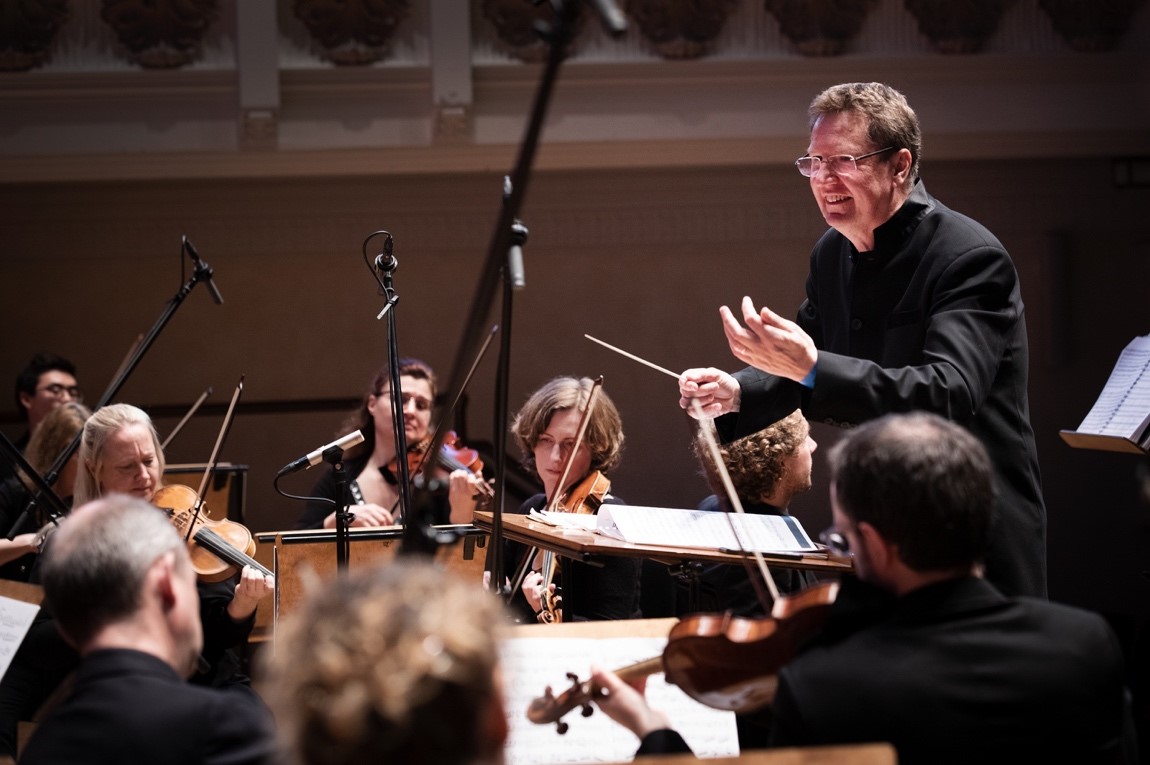 Ian Page, founder and artistic director of The Mozartists (formerly Classical Opera) and leading exponent of the music of Mozart and his contemporaries, has signed with Felsner Artists. Page is recognised as one of the most exciting conductors, artistic directors and broadcasters working in classical music today.

With Classical Opera he has conducted most of Mozart’s operas, including the world premières of the ‘original’ version of Mitridate, re di Ponto and a new completion of Zaide, as well as the UK premières of Gluck’s La clemenza di Tito, Telemann’s Orpheus, Jommelli’s Il Vologeso, Haydn’s Applausus and Hasse’s Piramo e Tisbe, and the first staging for 250 years of Johann Christian Bach’s Adriano in Siria. Page has also conducted at the Royal Opera House, Covent Garden, the Haydn Festival in Eisenstadt and at Drottningholm.

Page is the driving force behind MOZART 250, his ground-breaking 27-year journey through Mozart’s life and works, which launched in January 2015 to critical acclaim. A prolific recording artist, his discography includes numerous recordings for Classical Opera and The Mozartists, and in 2012 he embarked on a new complete cycle of Mozart opera recordings on Signum Classics.

Future projects include a new series of ‘Sturm und Drang’ recordings (Volume 1 was released in May 2020) and débuts at La Seine Musicale in Paris and Bozar in Brussels.

Felsner Artists was recently founded by Marcus Felsner – previously head of the European Office of Opus 3 Artists – in the face of the transformation that classical music performance is currently undergoing. Felsner Artists aims to offer a unique service to an exclusive group of outstanding artists, including pianists Sergei Babayan and Aaron Pilsen, singers Andreas Scholl and Sarah Traubel, and conductors Simone Menezes and Jochen Rieder.

Ian Page says: “I am thrilled and honoured to be signing with Felsner Artists. During the course of our conversations I quickly found Marcus to be a wonderfully supportive and like-minded colleague, and in these extraordinarily challenging times for the music industry his expertise, empathy, integrity and vision feel more important and valuable than ever. I wish him every success with his new venture and am delighted to be involved from the outset.”

Marcus Felsner says: “Ian Page is a fascinating artist. His work with The Mozartists and other ensembles has defined a new standard for the interpretation of the works of Mozart, Händel, Gluck and others. I feel blessed to know an artist of such profound dedication to the music of the 18th century in particular. Ian’s trust in our team is an immense honour.”

Ian Page began his musical training as a chorister at Westminster Abbey, and studied English Literature at the University of York and piano and conducting at the Royal Academy of Music. His early mentors included Georg Tintner and Sir Charles Mackerras, and before founding Classical Opera in 1997 he worked on the music staff at Scottish Opera, Opera Factory and Glyndebourne.

His first two recordings – The A-Z of Mozart Opera (Sony Classical, re-released on Signum Classics) and ‘Blessed Spirit – a Gluck retrospective’ (Wigmore Hall Live) – were both selected for Gramophone magazine’s annual Critics’ Choice, and in 2012 he embarked on his acclaimed cycle of Mozart Opera recordings on Signum Classics. His other recordings have included ‘Where’er You Walk’ with tenor Allan Clayton and ‘Perfido!’ with soprano Sophie Bevan – both of which were shortlisted for the International Opera Awards – and ‘Mozart in London’. In May 2020 he released Volume 1 of a new ‘Sturm und Drang’ series with The Mozartists, and Volume 2 will be released in October.

Page has won widespread acclaim for his imaginative and creative programming, and in 2015 he launched MOZART 250, a visionary 27-year journey through Mozart’s life, music and influences. He has also established an outstanding reputation for the quality of his casting, in particular his ability to nurture young singers such as Louise Alder, Sophie Bevan, Allan Clayton, Natalya Romaniw and Chiara Skerath.

“The series of Mozart operas being recorded under the direction of Classical Opera’s director Ian Page has already established him as one of the most stylishly authoritative interpreters of the composer working today.” Opera Magazine
www.ianpageconductor.com

Felsner Artists is a provider of professional services for artists in classical music. The organization was founded in Munich in 2020 as a result of the major transformation which classical music performance is going through in times of the pandemic. At the same time, and independent of the pandemic crisis, the service needs for many of the world’s greatest artists are undergoing fundamental change. Felsner Artists aims at offering a unique service to an exclusive group of outstanding artists, both exceptionally gifted young talent and legendary classical musicians. The company also offers services for directors and top -level artistic management, opera companies, orchestras, festivals, record labels and related media organizations.

Felsner Artists draws on a set of skills that is unusual for the arts: team members look back on years in managing world-leading artist management organizations, working closely with many of the world’s greatest institutions in classical music, but also in senior management positions for private business organizations and professional services in the areas of law, finance and strategic advisory services for private wealth, not -for-profit organizations and global industrial leaders.

To find out more about Felsner Artists please visit www.felsnerartists.com