“Ian Page’s conducting was consistently intelligent, sensitive to the score and the varying shades of each aria.”
OPERA BRITANNIA

Ian Page is one of the world’s leading interpreters of the music of Mozart and his contemporaries, and is the founder, conductor and artistic director of The Mozartists (formerly Classical Opera).

He began his musical education as a chorister at Westminster Abbey and studied English Literature at the University of York, before completing his studies at the Royal Academy of Music in London. At the start of his career he worked on the music staff at Scottish Opera, Opera Factory, Drottningholm and Glyndebourne, and his early mentors included Georg Tintner and Sir Charles Mackerras. 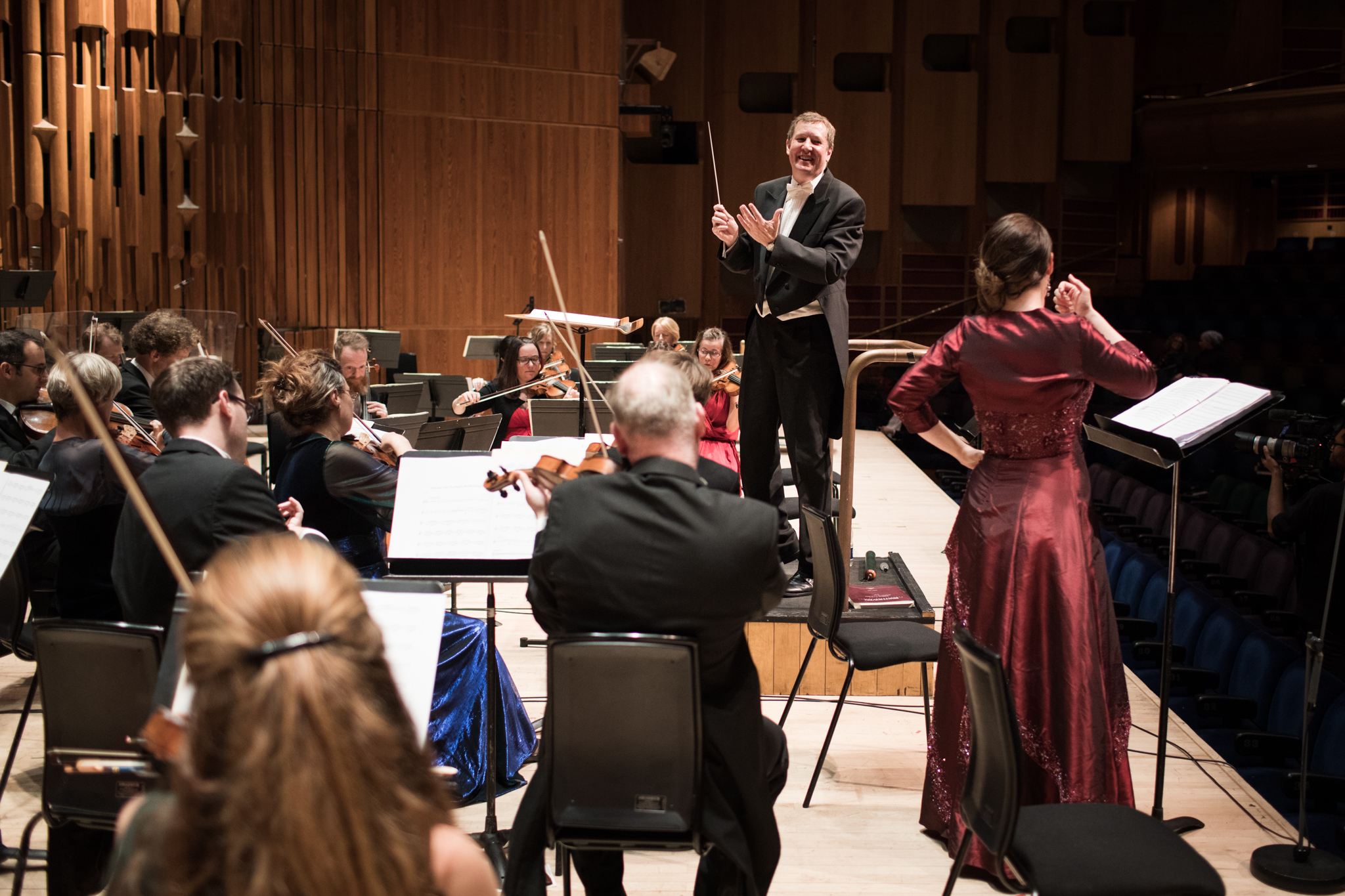 With The Mozartists he has conducted most of Mozart’s operas, including the world premières of the “original” version of Mitridate, re di Ponto and a new completion of Zaide. He also conducted the UK premières of Gluck’s La clemenza di Tito, Telemann’s Orpheus and Jommelli’s Il Vologeso, and the first new staging for 250 years of Johann Christian Bach’s Adriano in Siria. He made his Royal Opera House début conducting his own new performing edition of Thomas Arne’s Artaxerxes, and in 2019 conducted Handel’s Ariodante for Drottningholms Slottsteater in Sweden.

Ian devised and conducted The Mozartists’ recordings of ‘The A-Z of Mozart Opera’ (Signum Classics) and ‘Blessed Spirit – a Gluck retrospective’ (Wigmore Hall Live) – both selected for Gramophone magazine’s annual Critics’ Choice – and recital discs featuring tenor Allan Clayton (‘Where’er You Walk’) and soprano Sophie Bevan (‘Perfido!’) – both shortlisted for the International Opera Awards. In 2012 he embarked on a new recording cycle of the complete Mozart operas on Signum Classics, and he is the creator and driving force behind MOZART 250, The Mozartists’ ground-breaking 27-year journey through Mozart’s life, works and influences.

Ian is deeply committed to nurturing and championing outstanding young singers and players. For several years he was a professor at the Royal College of Music in London, and he has given masterclasses for the Guildhall School of Music & Drama, The Drottningholm Festival and The Royal Opera’s Jette Parker Young Artists Programme. He is also a passionate spokesman for classical music, opera and the arts, and has broadcast on BBC radio and television and on Sky Arts.


“From the outset, Ian Page nurtures a performance that crackles, beguiles, thrills and moves by turns exactly as Mozart’s opera requires.”
GRAMOPHONE